The story of Ascendants:
In the near future, scientific research will prove the existence of an afterlife for only a small fraction of the population. In this world, people are classified as Ascendants – those who should be protected and revered – and Biomasses – the underclass who will rot in the ground. In 2060 AD, a mother fights to keep her family safe when her young daughter becomes the target of the powerful Jacobs Institute. Her family’s wellbeing rests in the hands of Sam Bell – a schoolteacher on the edge of insanity after his wife ascends. Sam must make a choice: Cling to his faith and commit suicide to reunite with his wife, or help the Sheridan family expose the truth about ascension. 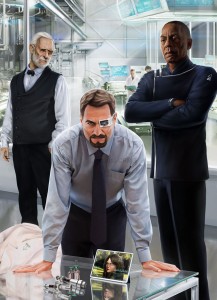 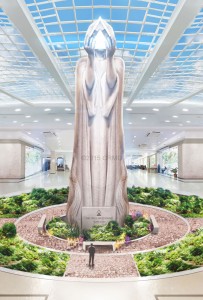 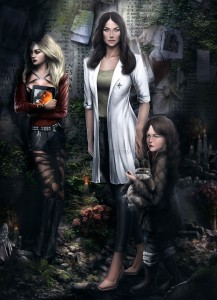 Background: It began with a two part pilot script called Ascendants.  We are in the early stages of garnering interest in the script – and to help that effort – as well as to explore the unique and rich history of this future world, we have produced a novelization of that script as well as a series of short films. The shorts and webisodes lay the foundation for the feature film/pilot both in style and substance and were quicker to produce.
In December 2012, we produced our first short based in this world. Set 15 years before the feature and just two days after the shocking announcement that only a few will ascend, this short – called “Serein” follows an Ascendant woman who loses her mind deciding between leaving to be with her kind and staying with her Biomass wife and infant child.  Shooting took place in January and February of 2013 with a large volunteer crew. 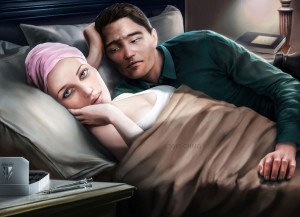 The second short film in the anthology – “Ascendants: Raven” – was completed in February, 2015, and the third, “Ascendants: Day’s End,” in July, 2015.
A thirty minute film, “Ascendants: Horizon,” was awarded a production grant by the town of Dover, VT thanks to the Independent Television and Film Festival.
Though encased in a science fiction shell, both the proposed pilot and the short films take a unique look at extremism that too often dominates our culture and politics.